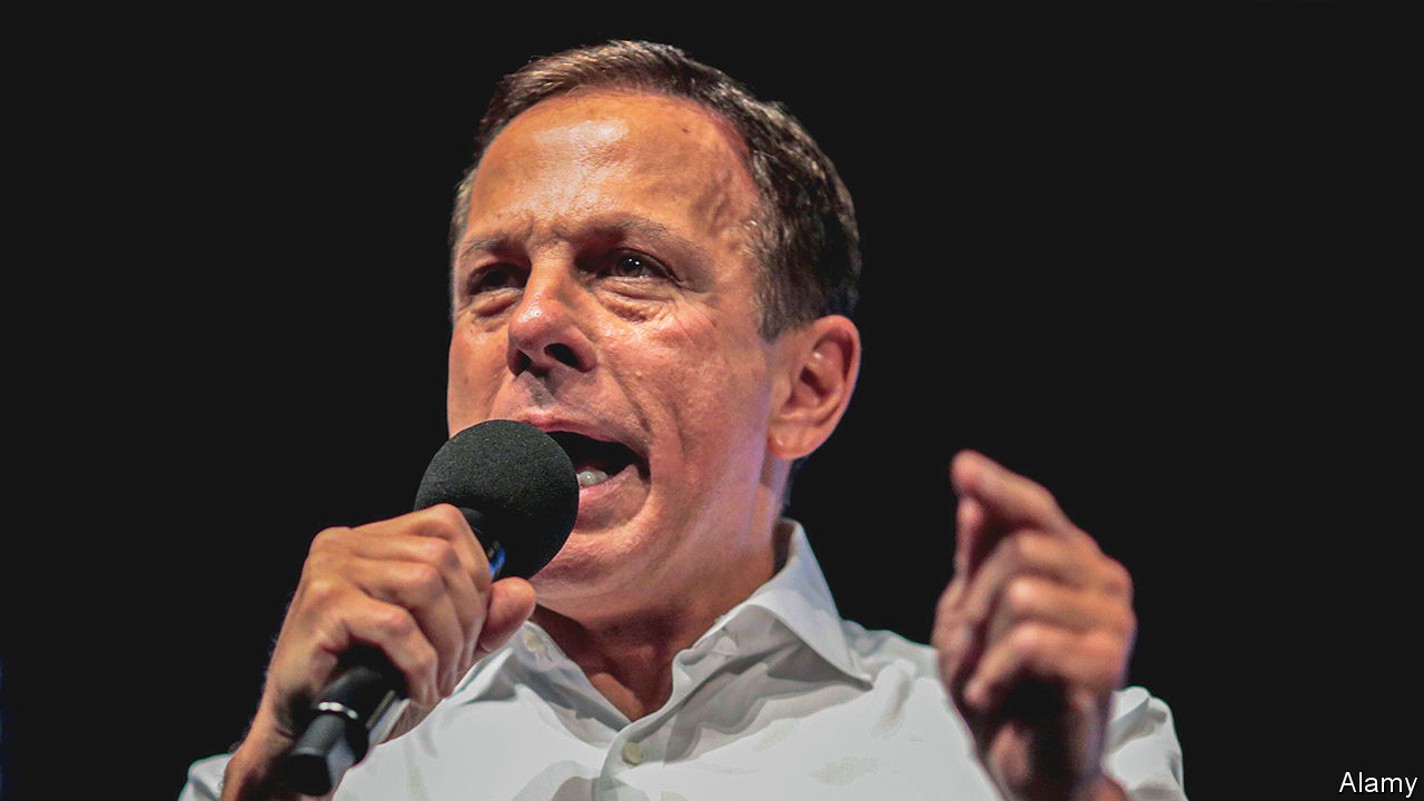 João doria, who until April was the governor of São Paulo, Brazil’s richest state, is a colourful character. He hosted a Brazilian version of “The Apprentice”, while a sex tape featuring someone who looks like him went viral. But during the primaries last year to become a centre-right party’s presidential candidate, he opted for tameness. “João Doria is boring, but competent,” his campaign video declared. His team hoped it would distinguish him from the two, divisive frontrunners for the election in October: Luiz Inácio Lula da Silva, a leftist former president, and Jair Bolsonaro, the populist incumbent. It did not work. Mr Doria (pictured) secured the nomination, but struggled to attract broader support. When he dropped out of the race in May he was polling at 2%.

Brazil’s 27 governors have less power than their American counterparts. They have the profile of a ceo, but the responsibilities of a middle manager. Municipalities are in charge of doctors’ surgeries, primary schools and collecting the rubbish; it is their logos that adorn buses and welfare payslips. Governors are limited to doling out funds for road-building, prisons and hospitals. They have little tax-raising power, relying on the federal government for transfers (at least some of which are discretionary). As a result, their work is often overlooked. When voters are asked to rank levels of government by their importance, state politics comes last.

This website uses cookies to improve your experience while you navigate through the website. Out of these, the cookies that are categorized as necessary are stored on your browser as they are essential for the working of basic functionalities of the website. We also use third-party cookies that help us analyze and understand how you use this website. These cookies will be stored in your browser only with your consent. You also have the option to opt-out of these cookies. But opting out of some of these cookies may affect your browsing experience.
Necessary Sempre ativado
Necessary cookies are absolutely essential for the website to function properly. These cookies ensure basic functionalities and security features of the website, anonymously.
Functional
Functional cookies help to perform certain functionalities like sharing the content of the website on social media platforms, collect feedbacks, and other third-party features.
Performance
Performance cookies are used to understand and analyze the key performance indexes of the website which helps in delivering a better user experience for the visitors.
Analytics
Analytical cookies are used to understand how visitors interact with the website. These cookies help provide information on metrics the number of visitors, bounce rate, traffic source, etc.
Advertisement
Advertisement cookies are used to provide visitors with relevant ads and marketing campaigns. These cookies track visitors across websites and collect information to provide customized ads.
Others
Other uncategorized cookies are those that are being analyzed and have not been classified into a category as yet.
SALVAR E ACEITAR